One perennial challenge of writing about illicit narcotics is the dearth of hard data. While drug-trafficking organizations often maintain scrupulous records of their transactions, they have a pronounced disincentive to open these books to outsiders. And for a variety of reasons, the media, the counterdrug law-enforcement establishment, and elected political leaders all have incentives to overplay the problem.

In a dismayingly typical scenario, drug warriors will fill this information vacuum by conjuring up back-of-the-envelope figures, which the press will then gleefully repeat—at which point, the drug warriors will seek a budget increase, citing the press account, which has now accorded their data points the aura of established fact. (This configuration of mutually affirming incentives is sometimes described—by federal bureaucrats who are clear-eyed enough to admit it—as a self-licking ice cream cone.)

If there is fog in the drug war, there is more still in the actual armed conflagration that has consumed Syria, which is now entering its fifth year. And the violent fluidity of this conflict makes it all the more difficult to assess a wave of reports over the past several years about the significance of a little pill known as Captagon—an amphetamine that is said to play a significant part in the civil war.

According to numerous accounts, Captagon has become immensely popular with the fighters of the Islamic State.

According to numerous accounts, Captagon has become immensely popular with the fighters of the Islamic State. The Washington Post says Captagon is “fueling Syria’s war and turning fighters into superhuman soldiers.”1 According to other reports, the gunmen in the terrorist attack on Paris last November had used the pills, which might explain what some observers described as their relentless, “zombie-like” focus during the assault.2 A series of alarming news stories have described the drug as a form of “chemical courage,”3 instilling those who take it with incredible strength and endurance, and the coldly robotic, fearless detachment that allows them to engage in a murderous rampage.

So far, so terrifying. But these stories are, to at least some degree, at odds with what we actually know about the drug. To begin with, the very name Captagon is something of a misnomer: there was an amphetamine that was commercially manufactured under that name until the 1980s, when it was banned on the grounds that it was too addictive. The drug is no longer manufactured under license, but it is still very widely produced, and variants of it can contain amphetamine and caffeine, and sometimes also—reportedly—methamphetamine and ephedrine.4 Like any amphetamine, Captagon boosts your energy and can increase your focus and help you to stay awake for long periods of time. It can also create a feeling of euphoria.

“The brigade leader came and told us, ‘This pill gives you energy. Try it,’” one former fighter told the BBC. “So we took it the first time. You feel physically fit. And if there were ten people in front of you, you could catch them and kill them. You’re awake all the time. You don’t have any problems. You don’t even think about sleeping. You don’t think to leave the checkpoint. It gives you great courage and power.”5 One former veteran of the Syrian war tells New York Magazine: “Some people take so much, if you shoot them, they won’t drop.”6

What is curious about these reports is that, in terms of its chemical composition, Captagon does not appear to be able to deliver these superhuman properties. Rather, it resembles other amphetamines that are widely used by American college kids with attention deficit/hyperactivity disorder (ADHD). It is considerably weaker, in fact, than a drug like Adderall.

Furthermore, according to France 24, the reports about the Paris attackers using Captagon proved to be erroneous.7 A toxicology report demonstrated that none of the participants in the attacks were drugged. (The report found faint traces of cannabis and alcohol in the blood of two of the attackers, but the amounts were small enough that they would likely not have been ingested on the day of the attack.)

So how do we explain these reports? Is this an instance in which a sensationalist press is quick to recycle hysterical stories with no basis in reality? One interesting possible answer comes from Carl Hart, a professor of psychiatry at Columbia who is an expert on drug abuse. In reconciling the relatively weak chemical properties of the drug with the outsized claims made by those who have taken it, Hart says, “The people who think they’re feeling this way must have been told they’re taking Superman pills. So there could be a placebo effect going on.”8

This would make sense: militaries around the world have supplied their soldiers with various chemical stimulants. The Nazis distributed millions of amphetamine pills during World War II.9 The U.S. Air Force still provides so-called “go pills” to pilots so that they can remain awake on long flights. (These pills are generally Dexedrine.)10 A number of observers have pointed out that if Captagon did, in fact, endow the user with superhuman strength, the U.S. military would no doubt be dispensing the pills to its own special operators. But even if Captagon simply provides energy and greater focus, there would be good reason for Islamic State fighters to take it—and if the myth that the drug makes you invincible takes hold, so much the better for them. If the placebo effect has the power to activate the “brain’s inner pharmacy,”11 then Captagon may end up providing courage, after all.

But there’s another interesting aspect to this theory: it’s not only the brigade leader who has an incentive to overplay the effects of the drug, but the manufacturer, as well. A man who produces Captagon at a factory in Lebanon’s Bekaa Valley and sells it to ISIL fighters told New York, “If you shoot someone on Captagon, they don’t feel it. And if someone takes many pills, like 30 or so, they become violent and crazy, paranoid, unafraid of anything.”12 If militants in Syria are indeed taking thirty pills at a time, they may well be experiencing unintended side-effects, but of course the manufacturer would be overselling the product (not to mention suggesting a colossal dosage). Informed that doctors doubt Captagon’s ability to produce the effects he is describing, the manufacturer responds, “Doctors are stupid. They don’t know anything.” He adds, “Captagon is driving the entire war.”13

Captagon may not make you superhuman, but it is highly addictive. And it has long been a wildly popular drug in the Middle East.

Is the manufacture and sale of Captagon driving the war? Captagon may not make you superhuman, but it is highly addictive. And it has long been a wildly popular drug in the Middle East. In 2014, the United Nations Office of Drugs and Crime (UNDOC) reported that half of all amphetamine seizures worldwide were in the Middle East. Last year, a Saudi prince, Abdel Mohsen Bin Walid Bin Abdulaziz, was arrested in Beirut as he tried to smuggle forty suitcases of Captagon into Riyadh on a private jet.14 Every year, tens of millions of Captagon pills are seized in Saudi Arabia alone. Prior to the civil war, Syria had a significant pharmaceutical industry that supplied the region, and there is evidence that since the advent of the war, there has been an increase in production of Captagon inside Syria. According to the Guardian, production of the drug in the Bekaa valley fell 90 percent between 2011 and 2013, “with the decline largely attributed to production inside Syria.”15

If the armies of the Islamic State are using the drug, this would explain the uptick in production inside Syria, but it’s also important to remember the entrepreneurial tendencies of this group. Captagon sells for $10 or more per pill,16 and if some recent seizures are any indication—such as the 17 million pills confiscated by Dubai police in 201417—the drug is a big business. Fighters on all sides of the Syrian conflict are reportedly using Captagon, and warlords benefit from the illicit trade in the drug—whether in spheres controlled by the government, the Free Syrian Army, or Islamists. ISIL has demonstrated its willingness to sell oil and loot antiquities, there is no reason to believe that the group would not make a lucrative business of selling drugs. The drug is so addictive, a former Free Syrian Army fighter told the BBC, that combatants in Syria “would stop providing food for their children so they [could] buy Captagon.”18 In the ruthless calculus of the drug business, that’s a great product. According to the UNODC, it is now being increasingly manufactured in Syria and trafficked through the Middle East.19 As Masood Karimipour of the UNODC told The Times: “If you’re in organized crime, civil war is good for business.”20

It may be, in the end, that the superman qualities of Captagon are a red herring—a mere placebo effect, or a mantra for soldiers on the battlefield. But the properties of Captagon as an addictive drug—one that could potentially generate tens or even hundreds of millions of dollars a year for ISIL—are much more significant, and this is an issue in which much more research is needed. Those funds could be used to purchase weapons, to finance attacks, and to perpetuate the conflict. In that respect, Captagon may be driving the war after all. 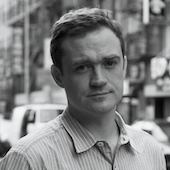 Patrick Radden Keefe was formerly a senior fellow at TCF and is a staff writer at The New Yorker magazine, with expertise in systemic corruption; the impact of globalization and new technologies on cross-border security threats; and intelligence and homeland security.